What is Mycorrhiza?
is a pure natural product based on Vesicular Arbuscular, Mycorrhizal (VAM) fungi specifically designed to promote plant growth under a broad range of environmental conditions. Infective units (fungal spores and mycelium) are Immobilized on expanded clay as carrier system.

What does Mycorrhiza?
can promote plant growth and increase crop yields especially at locations of unfavorable soil nutrient (in particular under relative low phosphate and microelement availability, e.g. of copper or zinc), drought and solinity conditions. Positive effects on plant health have also been reported. Immediate and long-term benefits on soil fertility are known through better soil aggregation by the fungi-borne glycoprotein Glomalin, which can reduce soil erosion processes.

Can Mycorrhiza be used in organic farming?
is natural, not genetically modified and contains Vesicular Arbuscular Mycorrhizal (VAM) fungi. VAM fungai inocula are allowed to be used as agronomic inputs for organic farming in, e.g. Germany and Switzerland.

How does Mycorrhiza work?
After inoculation of the product close to the plant roots or under the seed of plants, the infective units of the fungus, like spores, germinate under favorable conditions and start colonizing plant roots. Inside the cortical cells of the roots, the fungus forms arbuscles where the fungus receives photosyntates from the host plant. Using these arbuscles the fungus is transferring soil nutrients to the plant. These are taken up by the mycelium of the fungus which is connected to the arbuscles and which grows outside and in the surroundings of the root. This out-side growing mycelium of the fungus explores about 50-75 times more intensively the soil than the root itself. The fungus outside the root makes the surroundings of the root also healthier. 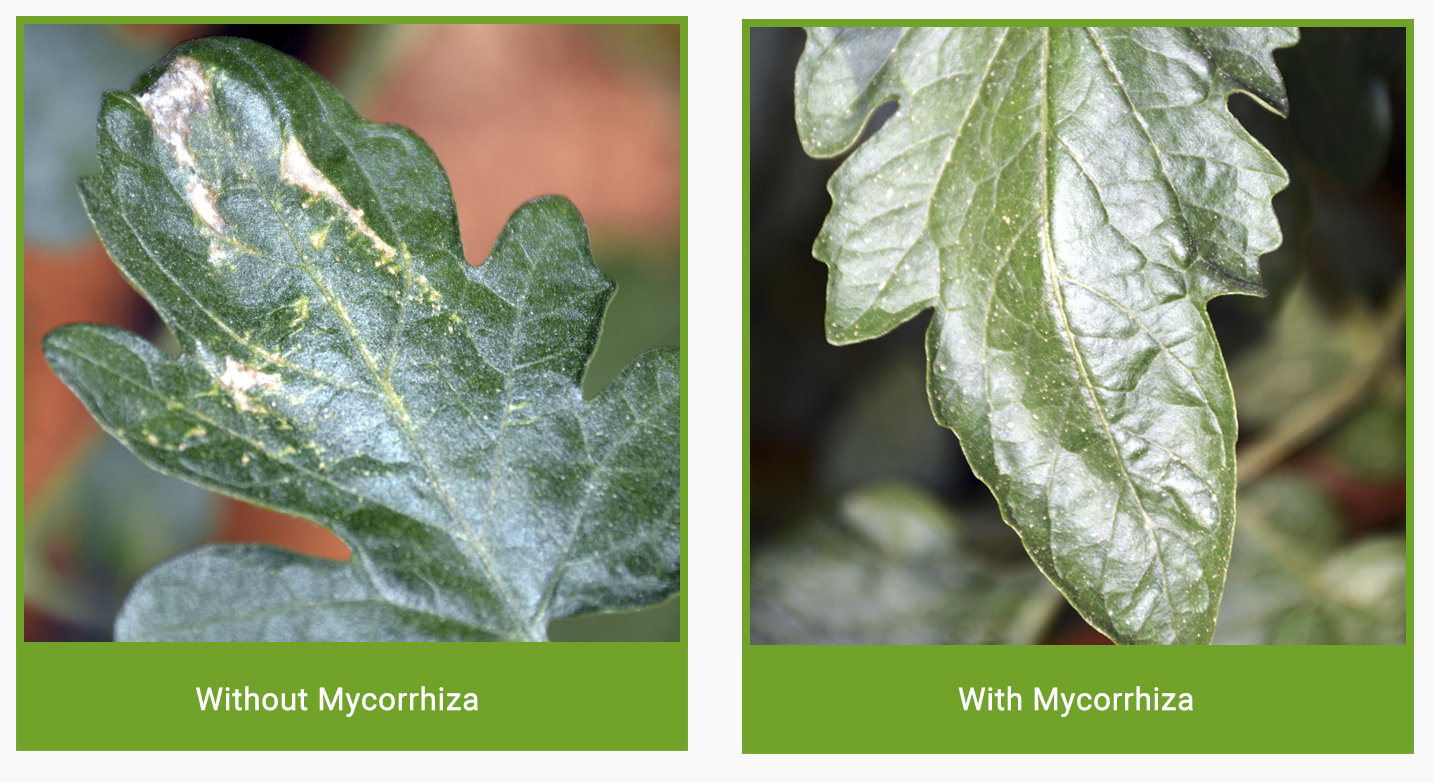 Please fill in below form